This page also available in english.
Written by Guest Blogger on Lunes, Mayo 23, 2022 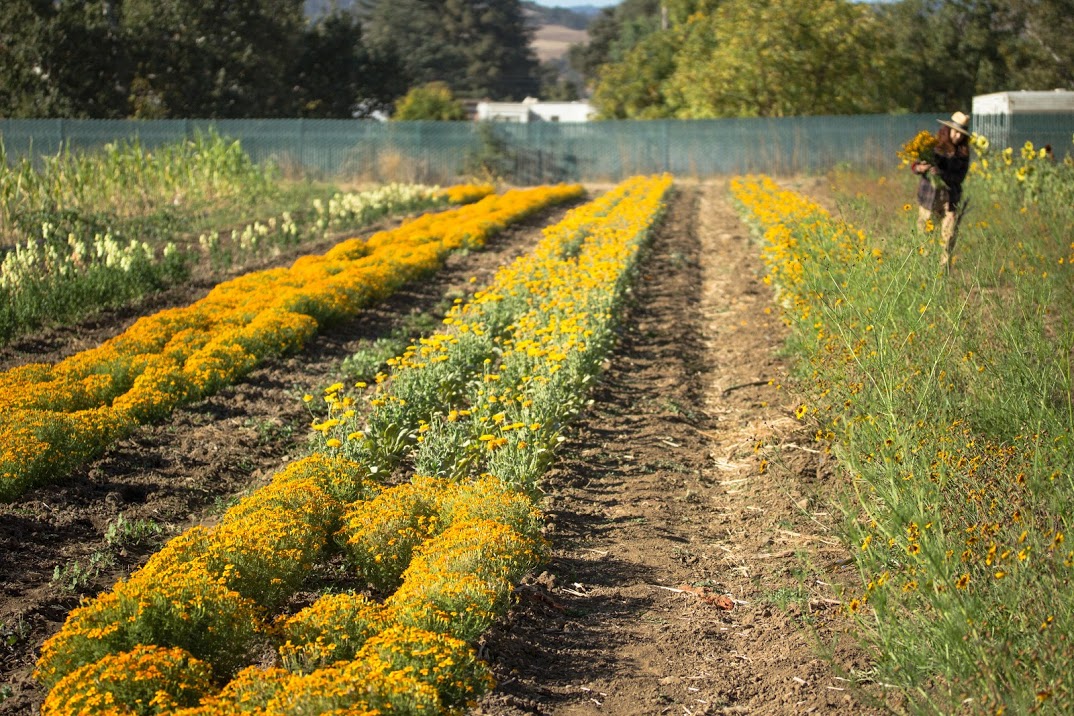 A new long-term lease partnership between CCOF-certified Spade & Plow and the legendary Van Dyke Ranch was announced this month. This collaboration will preserve Santa Clara Valley agricultural land and bring the valley’s rich farming history into the future.

Spade & Plow is the result of five generations of family farming. Mike and his two sons Nick and Sam got the idea for Spade & Plow after working for several years in corporate agriculture, managing over a thousand acres of farmland, large sales teams, and gigantic distribution coolers. It started with the idea of connecting the consumer directly to the farmer and growing the best-tasting varieties of organic fruits and vegetables for the South Bay community. They saw the threat of development and wanted to preserve the disappearing farmland of "the valley of the heart's delight." In order to connect more people to locally grown, certified organic food, Spade & Plow operates an expanding CSA program that offers home deliveries and pick-up locations throughout Santa Clara, Santa Cruz, San Benito, and Monterey counties. Additionally, they work with local produce retailers, distributors, and some of the Bay Area's top restaurants, and they have a presence at local farmers’ markets.

Finding large-scale, long-term agricultural land in the Santa Clara Valley is increasingly challenging. Spade & Plow needed a long-term lease that would accommodate their existing plans as well as their future goals. Enter the Van Dyke Ranch. Spade & Plow is pleased to announce a new 10-year lease with the legendary ranch, where they intend to preserve and bring new life into a major piece of Santa Clara Valley history.

"It feels like such an honor to carry on the tradition of the Van Dykes—an honor and a huge responsibility to grow the farm in a way that we know would make Van Dyke’s founder and trailblazer Betty Van Dyke proud. With [this partnership], we have such a clear opportunity to build not only a farm but a community that can show the potential for what the next generation of Santa Clara Valley agriculture looks like,” says Sam Thorp, co-owner of Spade & Plow.

The Thorp and the Van Dyke families have rich histories of forging new ways of farming. Both companies' founders, Betty Van Dyke and Mike Thorp, were among the first 100 farmers in the nation to transition their farms to certified organic using CCOF as their certifier. Mike recalls talking to Betty in 1988 at his first CCOF meeting. While most farmers were on the fence about switching to certified organic, he recalls that Betty was “full throttle” and very active in encouraging other farmers like Mike to make the switch too.

In the early 1900s, Betty Van Dyke’s father emigrated from Croatia, alongside thousands of others, to mine gold in Alaska and fish in the Pacific Northwest. In the 1920s, he made his way south to purchase a few acres in Cupertino, California. Before long, the Van Dyke family, along with many of their Swedish, Norwegian, and Spanish neighbors, was pushed out by high residential taxes. But they were resilient. In 1968, the Van Dyke family sold their last piece of land in Cupertino and headed to Gilroy. They purchased a property (the one Spade & Plow resides on today) that held a longstanding record of healthy soil and housed prune trees in the late 1800s and then strawberry fields during the war. There, facing the foothills, the Van Dyke ranch planted its first 40 acres of Blenheim apricots and 20 acres of Bing cherries. The family shares decades of fond memories of working from sunrise to sunset picking the sweetest apricots off the ground and sending them off to canneries or drying them on handmade wooden trays. A hard day’s work often ended in singing songs and telling stories by the fire, sitting on wooden apricot crates between rows of fruit trees in their tent village. These are the same rows that the Thorps began walking only two years ago as farmers Sam Thorp and Peter Van Dyke began discussing transitioning the ranch.

Betty Van Dyke officially certified her farm in 1986, becoming one of the first certified organic growers in California. Though the Van Dykes were already nearly always farming organically, they jumped on the opportunity to become officially certified just a few years after CCOF emerged. Taking care of the fruit and soil was a priority for Betty’s dad, and he knew that pesticides and fertilizers wouldn’t help. Peter Van Dyke recalls, “My grandfather never liked using chemicals back then anyways. It was his personal preference, and he was always very limited in what he used. Never fertilizer, always cover crops.”

Betty ran a successful farming business until 1999 and was relentless in ensuring that the property remained organic until her passing in 2021. “A true glass ceiling breaker,” Peter Van Dyke dubs his mom. She was far ahead of her time. After Betty’s death, the long-lived apricot trees were beginning to wane, and it was time to pass along the property. “I knew immediately when Sam Thorp contacted us that it was the perfect match— a family farm with kids that are my kid’s age but want to keep farming. It was like God sent them to us.”

The Santa Clara Valley we know today looked a lot different back in Betty Van Dyke’s time. Before it was full of the top technological advances and companies in the world, it was home to some of the most fertile agricultural land in the nation. However, over the past couple of decades, Santa Clara County has lost over 20,000 acres to development. This has contributed extensively to an excess of greenhouse gas emissions directly from our valley and has led to reduced productivity and a deep loss of our agricultural heritage.

These 100 acres of land will allow Spade & Plow to both increase their production and preserve the precious agricultural heritage that women like Betty Van Dyke worked so hard to build.

This article was written by Sam Thorp, co-Founder of Spade & Plow